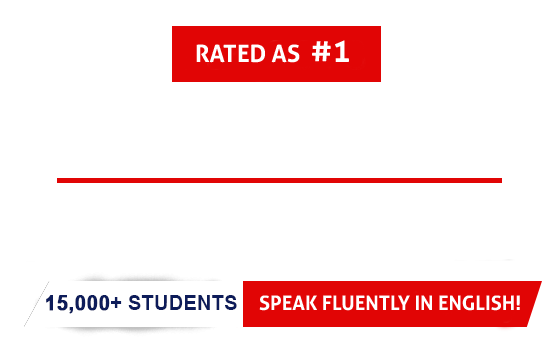 Learning a language is necessary due to its significance. We provide an opportunity to be a part of today’s emerging world by helping you master a language which is widely accepted across the globe. English is known to be the most spoken language by all people around the world. More than 1.5 billion people around the globe speak English which is roughly 20% of the total population around the globe, and 360 million people speak English as their first language, even though they aren’t native English speaker. English Speaking Course in Mulund English also has many words which are originally derived from other languages which helps people of any native to easily learn and understand the language. In our institute, we provide classes which can suit your level of English proficiency. English has been used as a medium of instruction in many countries and therefore its importance has also been increased. The English language has been globally accepted by a majority of people, therefore, it’s important to learn the language.

Since there are various reasons why the English language has been emerging as an international language around the globe therefore the demand for English speaker is also increasing. Learning a language which is widely accepted can give you the opportunity to explore more. Countries like China and Japan emphasises the learning of English language in schools and colleges even though their native language is Chinese and Japanese. Students who want to pursue higher education in foreign countries also require English as a minimum requirement to apply for the Universities.

The job market is global where companies need employees who are proficient in the English language. As the English language has become a valuable skill at present which is essential in any aspect be it education or career. English Speaking Classes in Mulund.

Maximum hand written books are in English therefore it’s important that everyone learns it. In the internet, all the information that is shared are in English. It is a link language to all the people around the world. English language is one of the easiest language to learn because of the availability of resources to learn. English Speaking Course in Mulund West. Overall learning a new language is a great mental stimulation to your brain.

One of the Best Spoken English Institutes in Mumbai for  language classes in mulund west. Englishlabs was established in the year 2015 and it has more than six centres in Chennai , two centres Bangalore and first centre in Mumbai which is located in mulund west. we train students to overcome the fear of learning English as a language and achieve the world with their proficiency and fluency.

Want to Master a Language? Englishlabs is the right place

Englishlabs is a well-established organization where learning English has become even more fun and easy for anyone who wishes to enroll. We guide the students to score high marks in competitive exams like IELTS, GRE, GMAT, and TOEFL. We strongly believe in the quality of service which is provided to the students and due to which  we have produced more than 2000+ students in the last few years. Englishlabs also specialize students in foreign languages like French, German, Spanish and Japanese.

Mastery in English is possible because we have

I took up the Spoken English Course in EnglishLabs and got excellant coaching. The trainers helped me a lot in guiding me and making me fluent in English. Thankyou EnglishLabs.
– Santhosh
Rated

I am happy with the classes and trainers of EnglishLabs, as they are really patient in clearing all the concepts and gave me so much confidence to speak English fluently. Thanks to all my trainers.
– Manoj
Rated