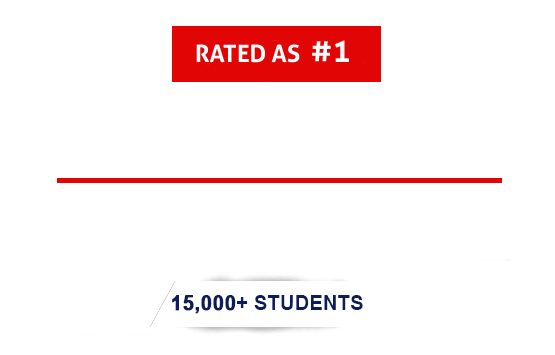 Japanese is a language of East Asian origin. It is spoken by 130 million people around the world, the majority of who are from Japan. It is one among the most spoken language in the world. It is the national language for the country of Japan. It has a connection with languages like Korean and other languages from the Altaic family.

Japanese doesn’t have any genetic relationship with Chinese. The writing system of Japanese language makes an extensive use of Chinese characters. A major portion of Japanese vocabulary has been borrowed from Chinese. One can find a huge number of Japanese origin people in Brazil and United States. Even the demand for Japanese Classes in Chennai have experienced huge demand.

The writing system of Japanese consists of three varied character sets which are Kanji, Hiragana, and Katakana. Kanji is a set that contains thousands of Chinese characters. Hiragana and Katakana are two syllabaries, each of which contains 46 characters. They are together called Kana. Japanese has two different writing styles. One is the western style in which one writes in horizontal rows from the top to the bottom of the page. The other is the traditional style in which one writes in vertical columns. Both the writing styles are being equally practiced in today’s world.

The basic Japanese grammar is actually simple. The grammar factors that are complicated in other languages such as distinctions between singular and plural and gender articles are missing completely. Verbs and adjectives have simple conjugation rules and are almost free of exceptions. Nouns are not at all deteriorated. They appear in the same form. Learn more about the grammar of Japanese language through the most effective Japanese Courses in Chennai.

Japanese contains very few sounds compared to other languages. Pronunciation is a little problematic for most Japanese language learners. Even though accents are present to a low extent, they are actually very difficult. The language contains many words that are pronounced the same way but have varied meaning. The Japanese language uses different expressions and words depending on the familiarity of the person one is addressing. The words used for an unknown or colleague will be different from the words used for a family member or close friend.

Japanese is a language that has an equal amount of difficulties and ease. While it offers easiness in learning concepts like gender it also poses difficult situations in certain concepts. The scope of Japanese language has been on the high note for quite a long time. People with Japanese knowledge are being widely looked for, to be hired. The job opportunities for the Japanese language have seen a constant rise over the past few years. Many people have started upgrading their career by taking up Japanese classes. Companies from different parts of the world are willing to hire candidates with Japanese knowledge with a very high salary package. People with Japanese knowledge have an opportunity to work in different roles such as interpreter, translator, voice coordinator, trainer, BPO, hospitality. One can also work in companies present in Japan. The best Japanese Training Institutes in Chennai have an in-depth approach in teaching students.

What decides the fate of training students in a foreign language is the quality of trainers. There is no need to have any doubts on our trainers because we have been choosing the best Japanese language experts to train our students. We have a range of language trainers who are both native Japanese speakers and also non-native speakers. Our trainers have immense experience in Japanese training. They have worked as Japanese language trainers in different parts of the world. And this experience and expertise are very much sure to deliver the desired results in students. They make sure that students understand the content and the language in-depth and become proficient in the language of Japanese. You need not worry if you are a slow learner. Our trainers are patient enough to clear doubts and also provide unlimited doubt clearing sessions post the completion of the course.

We want our students to be peaceful and comfortable in their learning process. With this in mind, we provide a unique combination of infrastructure that supports both language needs and also the comfort of the students. Our classrooms are fully air-conditioned. Apart from our branches outside Chennai, we have multiple branches in different parts of Chennai city. All these branches are at easily accessible points, from wherever you are present. Our branches are located at Anna Nagar, T.Nagar, Adyar, and Porur.

Taking up a Japanese Language Course in Chennai is sure to boost up your career. Japanese is useful for both direct language-based work and also on-work language requirements.

I have undergone Japanese Classes in Chennai at Englishlabs. The course material provided by them was very useful for me. I feel struggle to pronounce the words trainer help me to overcome for that. Overall the training session is very interactive. Now I am capable to speak Japanese language. Thanks to Englishlabs.
– Reena
Rated

I am working in MNC Company, one of my companies branch office is in japan. When I decide to relocate their language play an major problem for me. I joined Japanese Training in Chennai at Englishlabs. They help me to learn Japanese language in very short period of time. Thanks to Englishlabs for making me to speak Japanese language fluently.
– Keerthi
Rated

I am working as a translator in product based company which is affiliated with Japanese. I decide to take advance course in Japanese language, one of my friend refer me Englishlabs. I get an continuous support from Englishlabs , I have learn many things during my training period. Trainers help me to improve my fluency in Japanese language. Thanks to Englishlabs.
– Bala
Rated

I am working as a translator in product based company which is affiliated with Japanese. I decide to take advance course in Japanese language, one of my friend refer me Englishlabs. I get an continuous support from Englishlabs , I have learn many things during my training period. Trainers help me to improve my fluency in Japanese language. Thanks to Englishlabs.
– Vicky
Rated

I am working as a translator in product based company which is affiliated with Japanese. I decide to take advance course in Japanese language, one of my friend refer me Englishlabs. I get an continuous support from Englishlabs , I have learn many things during my training period. Trainers help me to improve my fluency in Japanese language. Thanks to Englishlabs.
– Manju
Rated

I joined Japanese course in EnglishLabs. They cleared all our doubts with patient and made me speak Japansese flawlessly. All the study material provided by them are really helpful. Thanks to EnglishLabs.
– Aravind
Rated

I finished my Japanese Language Training at EnglishLabs. They guided me a lot and now i am able to speak Japanese fluently. Thanks to EnglishLabs.
– Keerthi
Rated

I am happy with the Japanese coaching here. My trainer is tolerant and guides everybody well. Now, am very confident to face the interviews. My sincere thanks to my trainers.
– Bibin
Rated