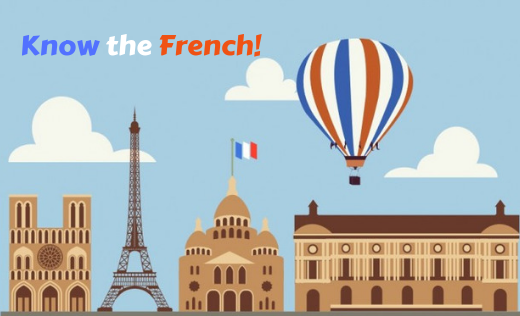 Learning French will give you insight into the land of Fashion, gastronomy, art, science, architecture. You can explore great writers of France like Victor Hugo, Marcel Proust, and Charles. French people take immense pride in their nation and culture.

A Study in France

Speaking French is the biggest advantage for who are aspiring to study in France. For higher education, France is a very good option. In farce, there are many world-famous universities offering good education opportunities to the students across the world. If you are wishing to study in France for your post-graduation then you must learn French, and say hello to your bright future.

You can travel to Paris and the rest of France explore the culture in depth and understand the French people completely. Paris the capital of Fashion and a city of lights, you must see once in your life. France is the world’s top tourist place and if you can speak little of French you can make traveling and vacation more enjoyable. French is also useful when traveling to Africa, Switzerland, Canada, Monaco. In France, you can explore the mild climes of the Cote d’Azur, a coastline of Brittany, snow-capped peaks of the Alpes.

A language for reasoning and debate

The analytical language that develops critical thinking. French is also known for its philosophers like Descartes, Sartre, Derrida, and scientists like Pierre and Marie Curie. There are many institutes which are offering French language classes in Chennai.

French is not a very difficult language to learn. French needs certain precision. But French capable of expressing great thought. French is very melodious, romantic, soft, and enjoyable. Anybody can learn French very fast. French is a good base for learning other languages such as Spanish, Italian, Portuguese and Romanian. Most of the English vocabulary is derived from French, so you can improve your English vocabulary while learning French.

Mostly French can be heard on the stage because French is very creative language. There are various ways in which you can learn French like through songs, movies .if we are speaking French means we are preserving linguistic diversity. In this way, we can avoid the domination of a single language in a globalized world of internet.