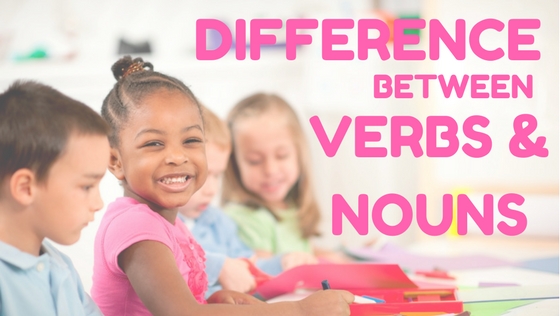 English has become an eminent part of everyone’s day to day life. It is being used for both formal and informal purposes. It is vital to use the right elements of the language while using it in our daily. We should use the right elements in order to make our communication pleasant and understandable. The clearer the communication is the more effective it becomes. When it comes to learning English, one important factor to pay utmost attention is grammar. English grammar is something that is quite complex and has a lot of sub-elements in it. It is required to give high attention while learning grammar. It might sometimes sound right but can be wrong. Two such important sub topics in English grammar are Verbs and Nouns. Almost every sentence contains both nouns and verbs. People often tend to confuse between verbs and nouns. IELTS Coaching in Bangalore has a part where they teach about nouns and verbs. We have clarified the doubts and brought to you the difference between verbs and nouns in this article.

Verbs and nouns are basically parts of speech. Nouns in a sentence basically refer person, place or a thing. It also can refer to concept, action or state. Nouns are categorized into different types. It includes concrete and abstract nouns, countable and uncountable nouns, collective nouns and finally proper and common nouns. The noun mostly indicates the subject of the sentence. Nouns attempt to answer the questions with ‘What’. Verbs are mostly direct or named subjects that indicate one particular person or category. Sometimes even a name is a noun but falls under the category of proper nouns. Spoken English Class in Bangalore stresses upon the point that nouns play an important part in showing the main subject of a sentence in a speech.

Verbs are that part of the sentence that indicates an action that has taken place. A verb can be linking verb or supporting verb. It has the explanation for questions based on ‘How’. Verbs are also words that state the occurrence of something or the happening of something. It also refers the state of being like the words stand, exist etc. verbs are more general compared to nouns. Verbs show what kind of action is taking place or what has happened. There are more opportunities for people with good English skills and people who are capable of using these verbs and nouns in the right place.

9 thoughts on “Difference between Nouns & Verbs”