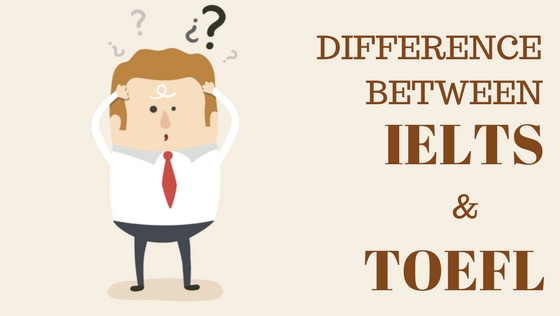 IELTS is a language test to test your strength in the language of English. It is specifically used for immigration, educational and occupational purposes. It is a test that is welcomed in about 130 countries. IELTS is mostly favored by UK and Commonwealth nations. This is why it mainly uses British English. There are two types of IELTS examinations which are Academic IELTS and General IELTS. You can choose the desired type depending upon the requirements of the program that you have chosen for study. There centers that guide you for IELTS Coaching in Coimbatore.

TOEFL test aims to test your ability to effectively communicate in the language of English especially in the environments of university and classrooms. TOEFL is accepted in more than 130 countries around the world including the UK, USA, and Australia. Education Testing Service, which is a US-based organization administers the TOEFL examination and therefore is conducted in American English. Most American institutions support this test.

TOEFL tests your skills on a multiple choice based system. Whereas IELTS wants you to respond to different question types such as short essays, short answers, and gap filling. Time duration is also something that stands as a difference between IELTS and TOEFL. IELTS happens for a shorter period of 2 hours and 40 minutes but TOEFL is lengthier as it happens for 4 hours. TOEFL has only one type of examination which is entirely computer based. As said before IELTS has two variants, both of which are conducted on paper. The Academic IELTS test is for students applying for English tertiary programs whereas General IELTS test is for occupational and immigration purposes.

In TOEFL, students should be able to think on an analytical basis to weigh up the differences between their options. IELTS concentrates on much broader comprehension skills and high memory power. This is because students have to face a different type of questions.

These points will guide you on the differences between the two most crucial tests for foreign education. Institutes stress the importance of IELTS and TOEFL in Spoken English Classes in Coimbatore.

3 thoughts on “Differences between IELTS & TOEFL”